The Way of the Fight (English Edition) por Georges St-Pierre 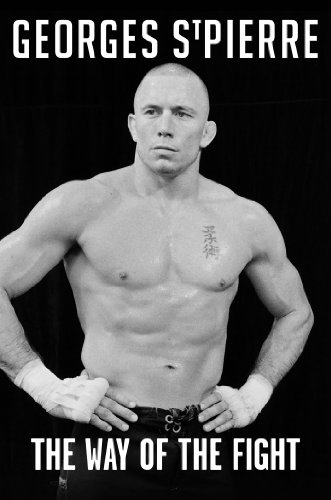 Georges St-Pierre con The Way of the Fight (English Edition)

UFC fighter, Georges “Rush” St. Pierre, shares the lessons he learned on his way to the top, in The Way of the Fight, revealing how he overcame bullying and injury to become an internationally celebrated athlete and champion.

The reigning UFC welterweight champion, St. Pierre seemed untouchable until injury derailed him and jeopardized his title and his career. Determined to make his comeback, he embarked on a careful regimen of physical therapy. He also used this healing period to assess his life, where he's been, what he's achieved, where he wants to go, and and lessons that helped shape who he is.

In The Way of the Fight, Canadian championship fighter St. Pierre invites fans into the circle of his life, sharing his most closely guarded memories. A compelling memoir that offers an intimate, gritty look at a fighter’s journey, told through inspiring vignettes, GSP is a moving account of commitment and power, achievement and pain, dedication and conviction from one of the world's greatest champions.