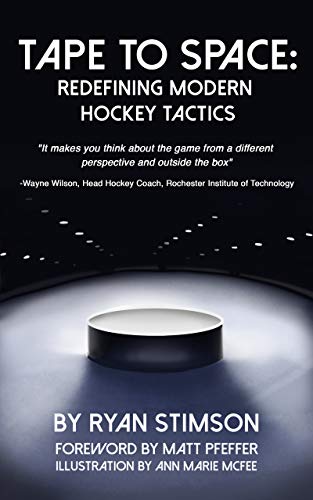 Ryan Stimson outlines a modern approach to playing fluid, creative hockey based on sound analytical research. He shows you, the coach, how to build a tactical framework from the ground up and illustrates how each aspect of the system links with each other. Part 1 details the overall philosophy behind team play, roster construction, and tactical decisions. "Should we play fast or slow? Which players should play together?" Part 2 takes a modern approach to hockey tactics, using years of quantitative research by Stimson and others determined to find more efficient and optimal ways of playing the game. You won't find a rigid system here, but a set of beliefs and ideology put on the ice that incorporates the highest levels of creativity, fluidity, and support. Finally in part Part 3, a narration of Stimson's coaching experience as he attempts to bring this style of play to life at the 14U level. What works? What doesn't? How does this new approach work when clashing with an old-school coach? Stimson reevaluates everything from names of positions to optimal routes in transition play. This book will appeal to any coach wanting to learn more about analytics, and to any analyst wanting to learn more about tactics. Stimson meets you in the middle and illustrates what can come out of union of the two: Total Hockey.